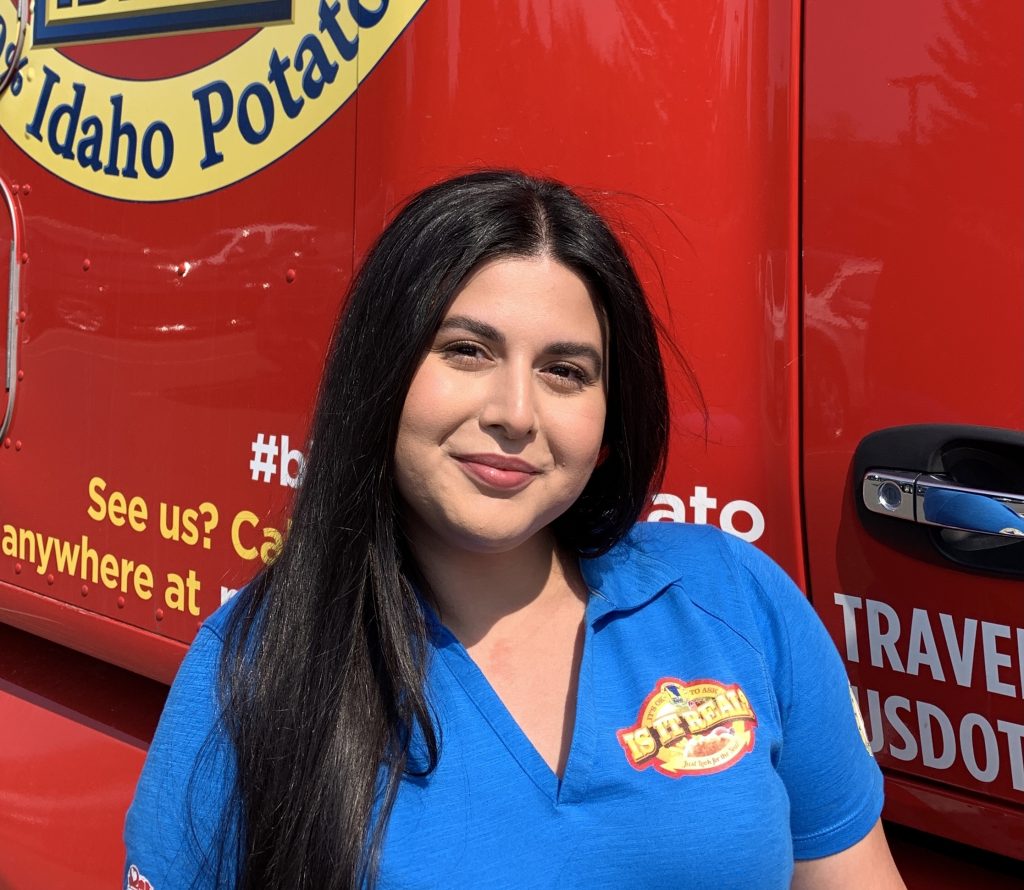 Ghazal AKA Spicy Spud, is the newest addition to the Tater Team! She has traveled and lived all around the world and used to eat Idaho potatoes when she lived in Malaysia before moving to Idaho! Talk about destiny! Now, she can’t wait to travel all around the country with Melissa & Kaylee and spread potato joy with Spud Nation!
Fun fact about Ghazal, she’s fluent in 4 languages, so if you ran into her, feel free to say “hi” in another language! She might just surprise you! 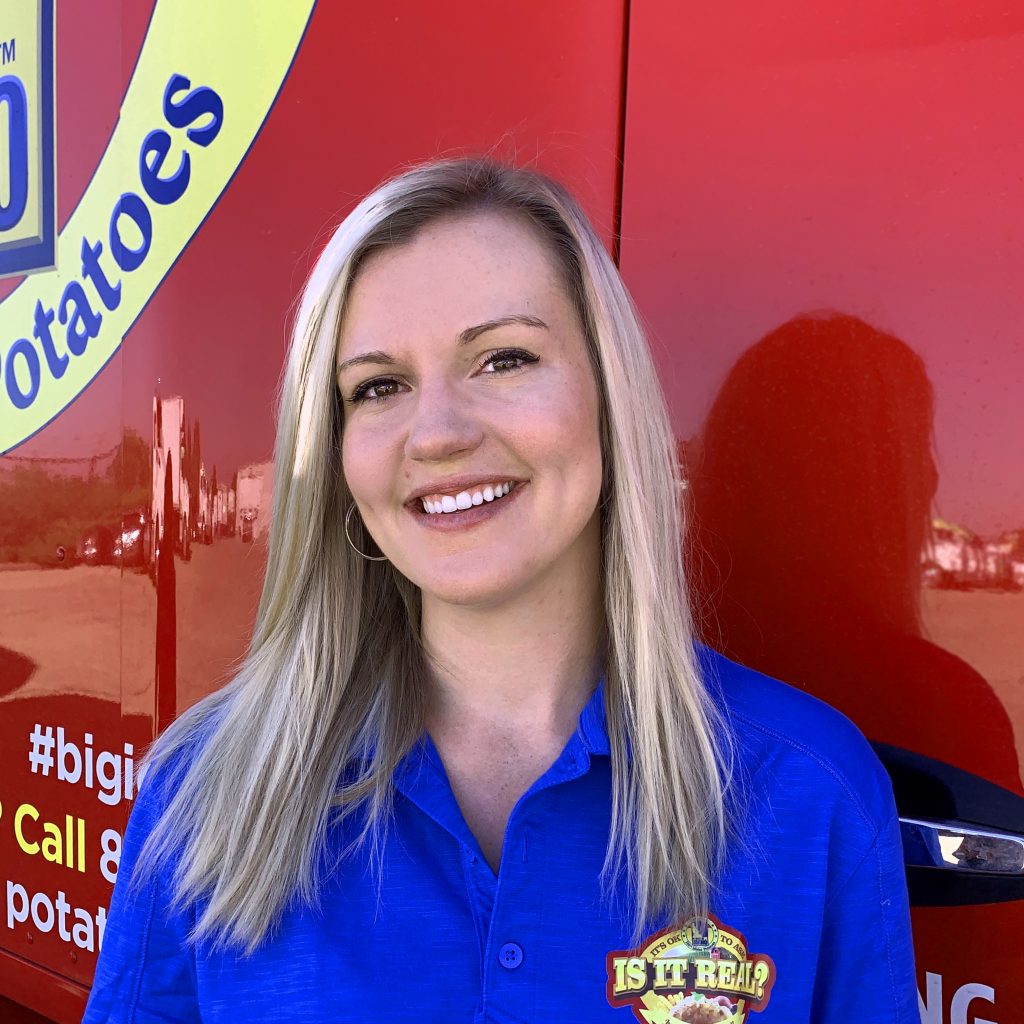 Kaylee is extremely excited to be heading back out on the road! Kaylee spent 4 years on the Tour and left pre-Covid but is ready to spend the summer traveling with the Big Idaho® Potato Truck, once again!  Kaylee is most looking forward to new experiences, places, and reconnecting with Spud Nation members all around the country. Also to meeting NEW Spud Nation members.

She’ll see y’all on the road! 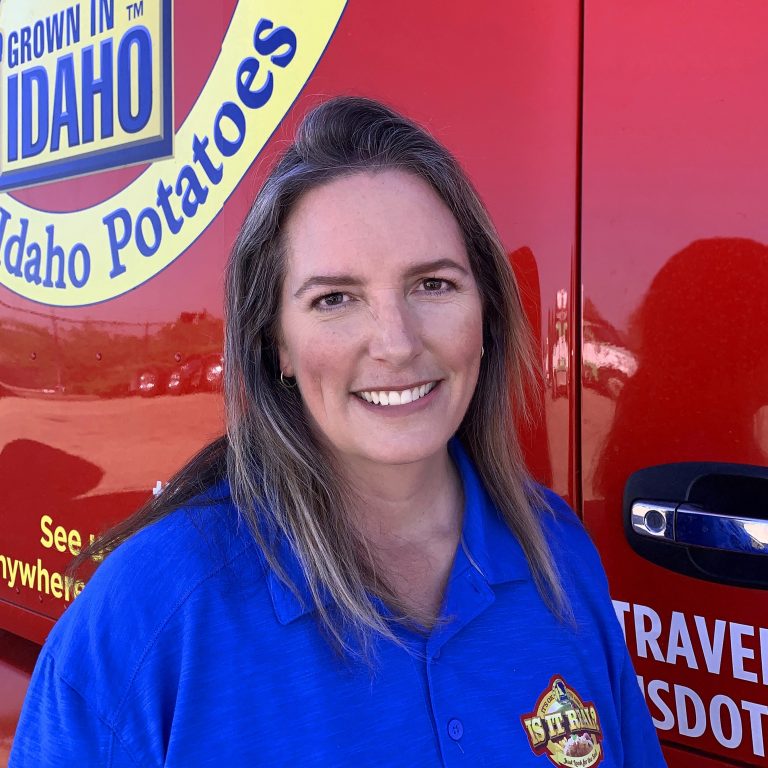 Melissa, (Spud Racer) is a native Idahoan, who grew up in McCall, Idaho. She has been driving the Big Idaho® Potato Truck for 3 years and has been spreading her infectious smile all over the country!

Melissa is excited to travel all over the country with Kaylee, the Super Spud and Ghazal AKA Spicy Spud and can’t wait to see what fun they can have with a 4-Ton Idaho® potato! 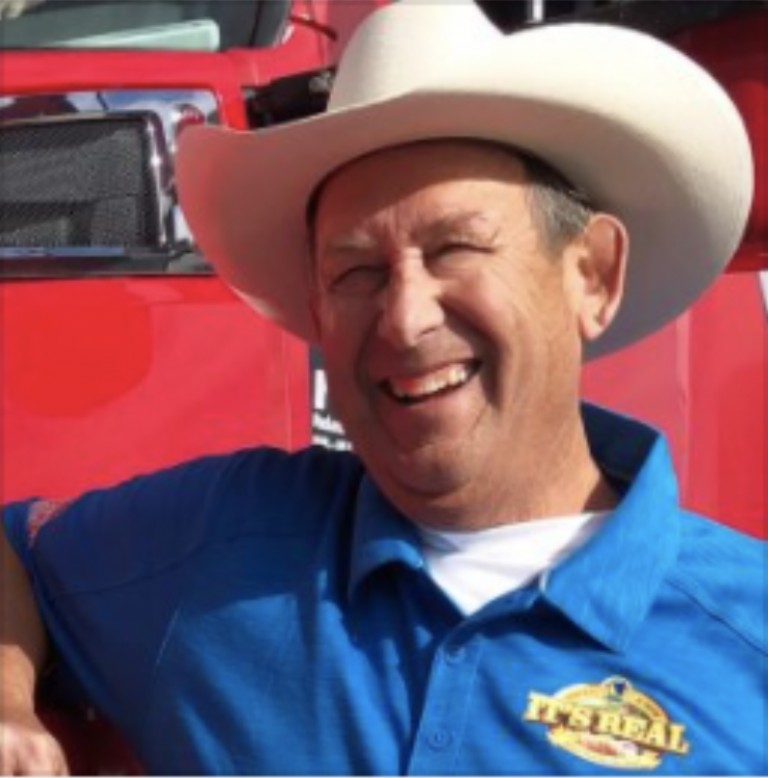 In 2018, Ron retired from a 30+ year career of being an award-winning CDL driver. Then we hired him the next day! (So much for retirement) He enjoys filling-in when Melissa has some time away from the Big Idaho Potato Truck. You can see his smile and cowboy hat a mile away! He enjoys spreading the “magic of the Idaho® potato” when he can and now he has a sidekick, Mrs. TaterToter, who joins him on the truck from time-to-time.

In addition to spreading the good word about Idaho® Potatoes, Kaylee and Melissa are on the road to create fun and memories all over the country!

The Big Idaho Potato Truck Tour has always had a charitable component to it. When the truck was still just an idea, albeit a big idea, the leadership at the Idaho Potato Commission (IPC) wanted to make sure the Truck made an impact on the people who lived in the markets it visited. In the last four years, the Truck has had two fantastic national charity partners who helped promote the Truck on both national and local levels and among their membership. This year, the Truck’s mission, “A Big Helping” is much more meaningful and personal. During its 6-month tour, the Truck will identify charities in many of the markets it visits and offer “A Big Helping” based on the organization’s specific needs. The IPC will work with the selected charity to create an event to help raise awareness, funds, food or all three for the non-profit.

Keeping Up With The Tater Team Part I

Keeping Up With The Tater Team Part II

A huge thanks to Chris and Sharolyn at Schofield Design for their masterful work in creating our super spud. Thank you to Kenworth Sales Company/PacLease for providing the “go” and Western Trailers the “tow” for our traveling show. With extra special lighting provided by ECCO. Foerstel imagined this was possible, then brought the design to life, and EvansHardy + Young helped us find our way.

Founded in 1997, the Idaho Potato Commission took over as the bowl game’s official sponsor in 2011. Played outdoors in late December on Boise State’s renowned blue turf, this ESPN-televised bowl has earned its reputation as a tough venue for top college teams. Learn more »