Our 4-ton super spud brought the Idaho Potato power this Thursday for the Kentucky Derby Festival Annual Pegasus Parade! This year’s theme was Superhero so the Tater Team transformed into heroes! Melissa, our driver, was superwomen because she is a superwomen truck driver! Then the Tater Twins were Elastigirl and Miss Captain America! We also had some superfans ride along with us that won a spot online! There was a BIG turn out for the parade and all the floats were superhero themed! There were celebrities in attendance like Bryson Tiller,  Monte Durham from “Say Yes To the Dress” and many more! SPEC-TATERS lined the parade route and cheered us on as we passed by and said hi to the superhero Tater Team! We had so much fun dressing up and getting into character! 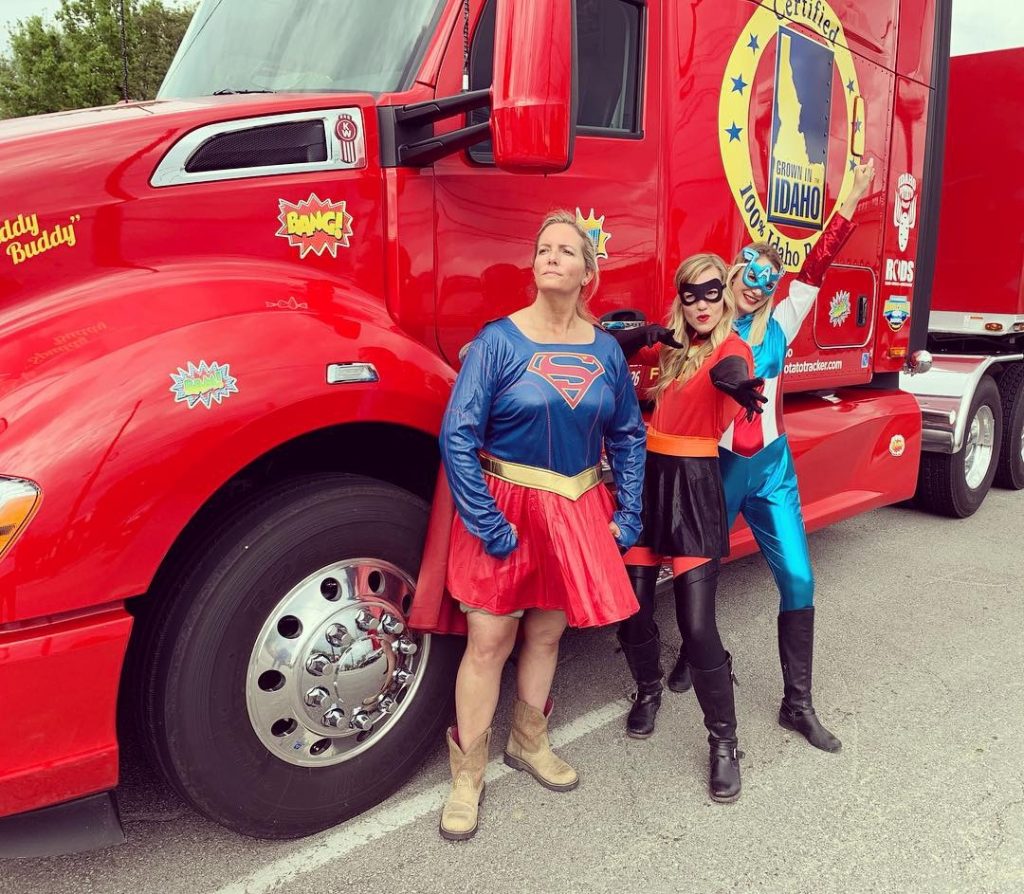 The Tater Team also got dressed up and went to Oaks day at Churchill Downs this year! We had a great time watching the horse races and dressing up! The Team loves going to Kenturcky Derby Festival events and being in Louisville during this exciting time! Derby weekend was FRYTASTIC!

This upcoming week we have a lot of exciting events coming up! We are going to Salyersville, KY to visit the IGA grocery store on Wednesday! Then this weekend we are going to the Indianapolis Speedway for the Indy Grand Prix! The Tater Team is having an amazing time on tour with their newest addition Spud Racer Melissa! We have new videos and content coming out soon so make sure to stay tuned! Follow our adventure on our social media pages at Big Idaho Potato!